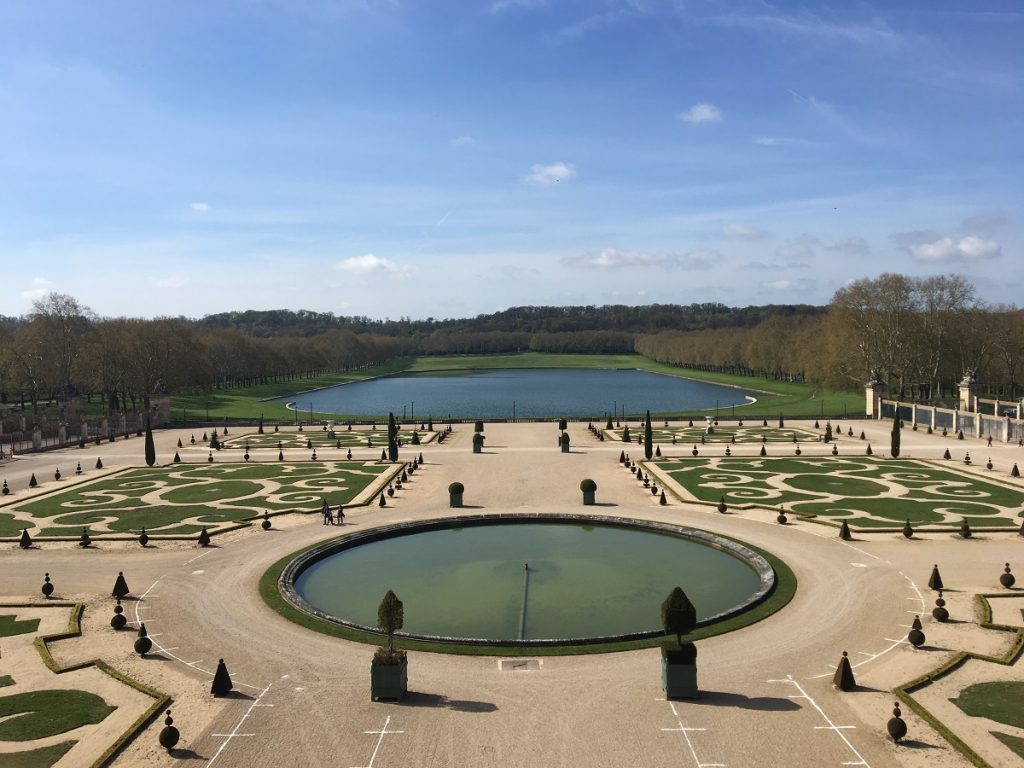 #BigSkyTravels: Here’s Why You Need to Visit These Places in Europe

Europe is a continent where you can reach other countries by simply taking a train. The countries that lay side by side allows you to experience the diverse, fascinating cultures of Europe. Europe continues to be a tourist hotspot because of this. Many dream to visit the continent for their own dreams and personal journeys. It’s a continent that lets you walk amidst living history. Let your thirst for knowledge be quenched by the deeply rooted history and culture of Europe.

Make your travels through this beautiful continent easier, more convenient, and secure with the best travel Wi-Fi hotspot in Europe. Exploring famous destinations is easier when you have access to necessary information such as directions, history, and places to eat. But what exactly are the must-visit spots? Below are some of the places that will definitely complete your Europe trip. 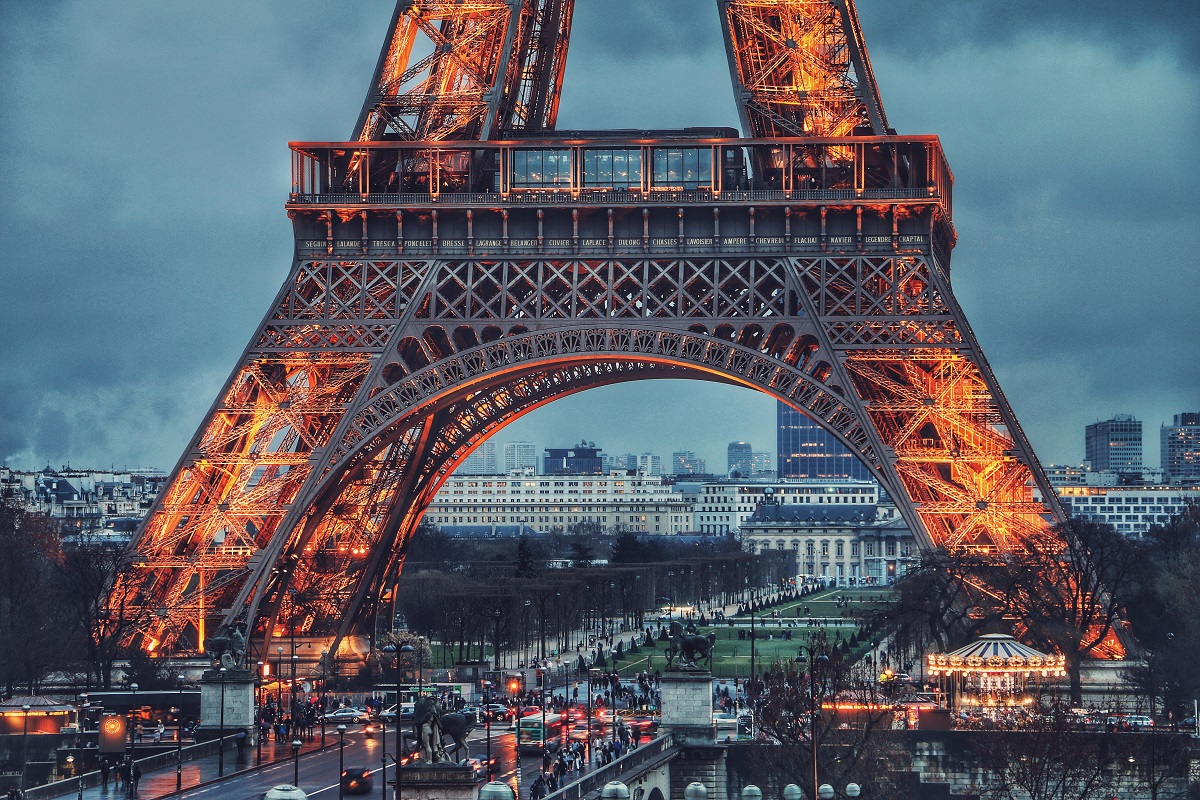 Paris is the capital of France and is also considered the most populous city in the country. You can find Paris along the Seine River. The total area of Paris covers is around 105 square kilometers. On both banks of the river Seine, you can find two islands, Ile Saint-Louis and Ile de la Cite. Ile de la Cite forms the oldest part of Paris.

The Palace of Versaille is located 20 kilometers from Paris. This palace was once a hunting lodge before it became the residence of the Kings of France for over 100 years. Before visiting the Palace, make sure you plan ahead and schedule your tour as early as possible.

The Gardens of the palace cover a lot of lands and you can find beautiful sculptures and fountains all across the garden. You’ll be spending the most time in the main palace as there are over 2,300 rooms to visit. If you have time be sure to spend some time in your tour at the Trianon State. History fans will enjoy the Queen’s Hamlet, a private rustic estate built for Marie Antoinette to get away from palace life.

The Eiffel Tower is a must-visit a landmark in Paris. This tower was built to celebrate the centennial of the French Revolution and was known as the world’s tallest structure for at least 4 decades. It doesn’t matter what time of day or night you visit the Eiffel Tower, it’s beautiful either way. Don’t miss out on this monumental structure when you’re visiting Paris. 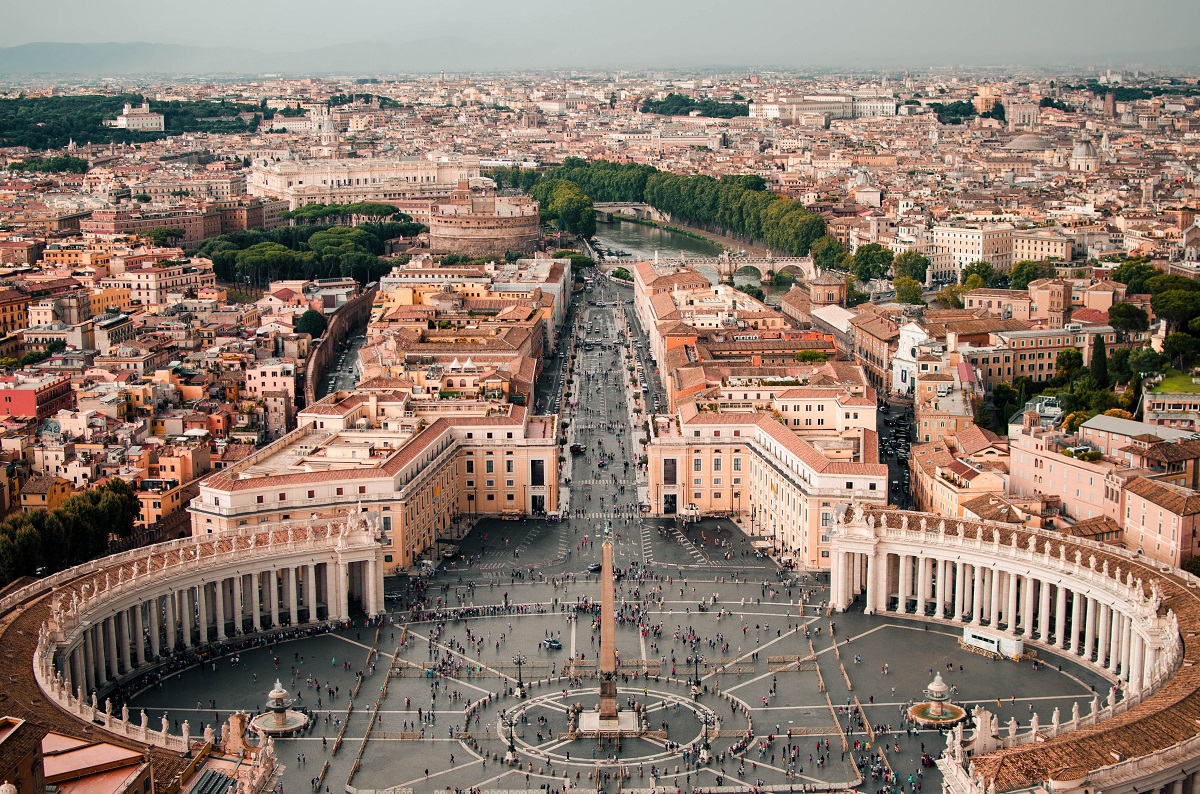 Italy can be found south of Europe. Italy is one of the six countries of the European Union. It’s bordered by France, Austria, Switzerland, Slovenia, Vatican City, and San Marino.

Vatican City is an independent city located in Rome. This city is ruled by the Pope and is the center of the Roman Catholic Church. This city is the smallest state in Europe and has a population of 1000 people. The Apostolic Palace is surrounded by beautiful gardens and is usually open to the public.

St Peter’s Basilica is the largest church in the world. Many famed architects designed the temple with the works of Bramante, Michelangelo, and Carlo Maderno. Saint Peter was one the founders of the Catholic Church who was executed and buried in Rome. This basilica is full of history and an architectural grandeur that you can’t miss out on when you’re visiting Italy. 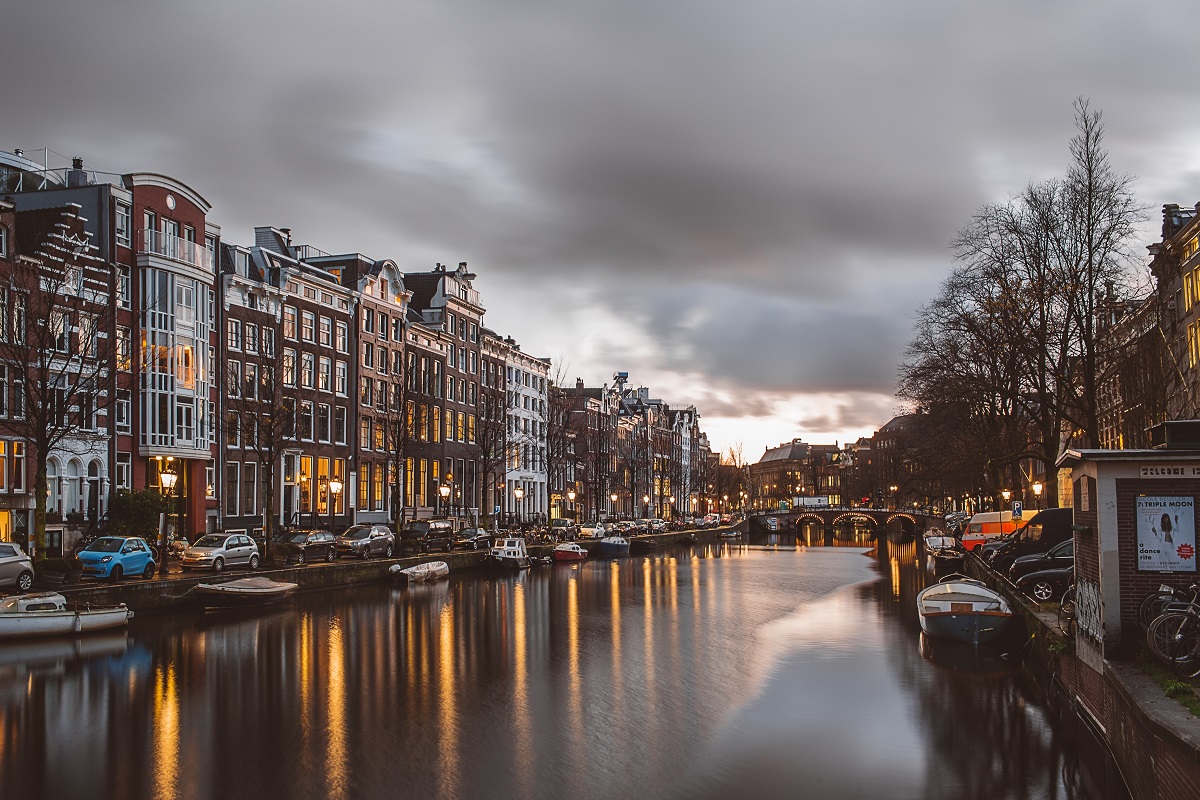 Amsterdam is the capital of the Netherlands. It has a historic center with a rich architectural history. It’s a place to see different cultures from around the world. The overall atmosphere of Amsterdam is welcoming and warm towards visitors.

You can find the Anne Frank Museum along the Prinsengracht canal. You can learn a lot about Anne’s story. It’s one of the biggest attractions in Amsterdam and open daily but it’s also quite crowded. Be sure to buy tickets online or visit the museum at dusk, this is the best way to enjoy the museum without battling the crowd.

The Van Gogh museum is dedicated to the work of Vincent van Gogh. It’s located at the Museum Square and is in close proximity to other museums. You can find the largest collection of Van Gogh’s works in this museum. Book your tickets online before going to the museum so you can skip the hassle of long lines and crowds. 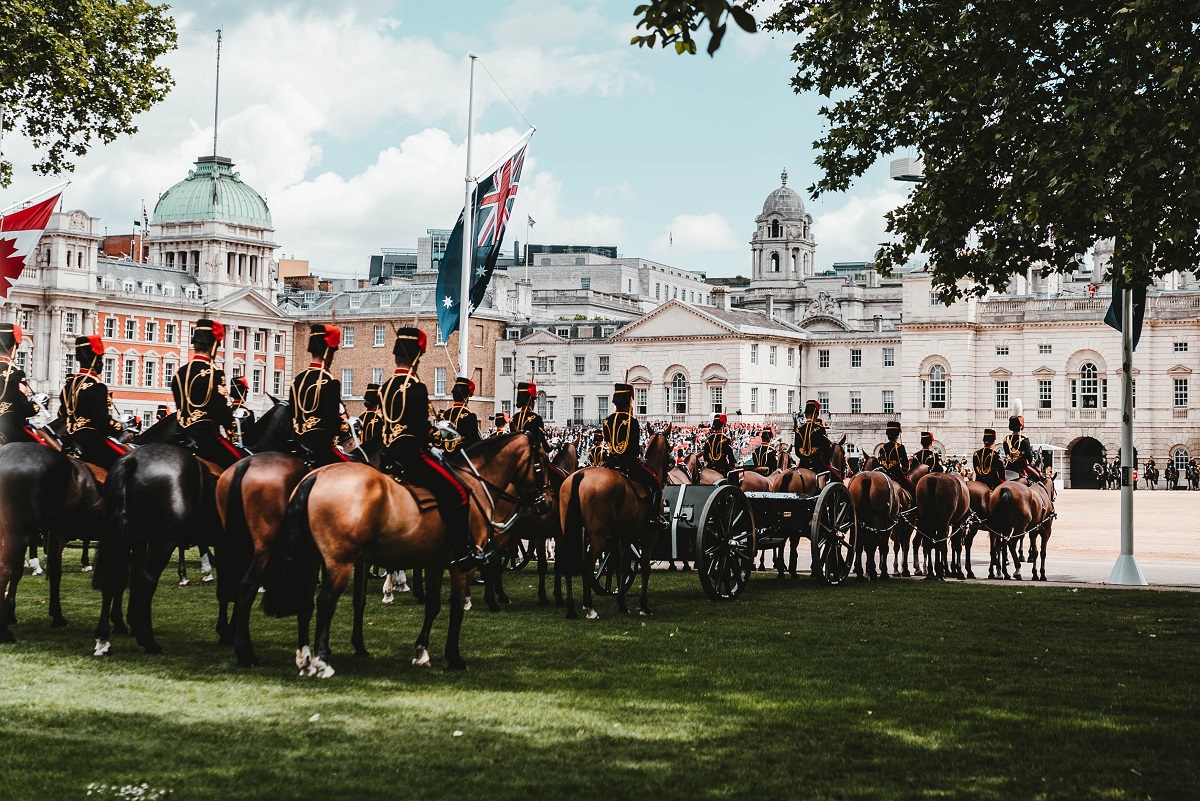 London is considered the biggest city in Britain. It occupies over 620 square miles. Twelve percent of Britain’s population lives in London. You can find London in the southeast of England. London is also the first city in the whole world to have an underground railway system.

Buckingham Palace is surrounded by St. James and Green Park at the heart of London. It’s built as Buckingham House in 1703 and was originally constructed by William Winde as a large townhouse for Duke Buckingham. King George III bought the property as a private residence for Queen Charlotte in 1761. It earned the title “The Queen’s House” because of this. The building then had renovations in the 19th century.

The result of the renovation added three additional wings that encompass a central courtyard. Queen Victoria used Buckingham Palace in 1837 as her main residence during her rule. Buckingham Palace has a total of 775 rooms. These rooms include 188 bedrooms for the staff, 92 offices, 78 bathrooms, 52 royal, and guest bedrooms, and 19 staterooms. It spans over 39 acres and it’s one of the destinations you shouldn’t miss when you visit London.

Thames River spans over 215 miles. The source of the river starts at Gloucestershire. During high tide and low tide, you can notice a 23-foot difference when you’re at the London Bridge. Over the past 30 years, more than 100 species of fish have been recorded and seen in the Thames. You can find 200 bridges across the river. The longest bridge you can cross on the Thames is the Queen Elizabeth Bridge II, which spans at 812 meters. Thames River is best seen by taking a cruise or boat. 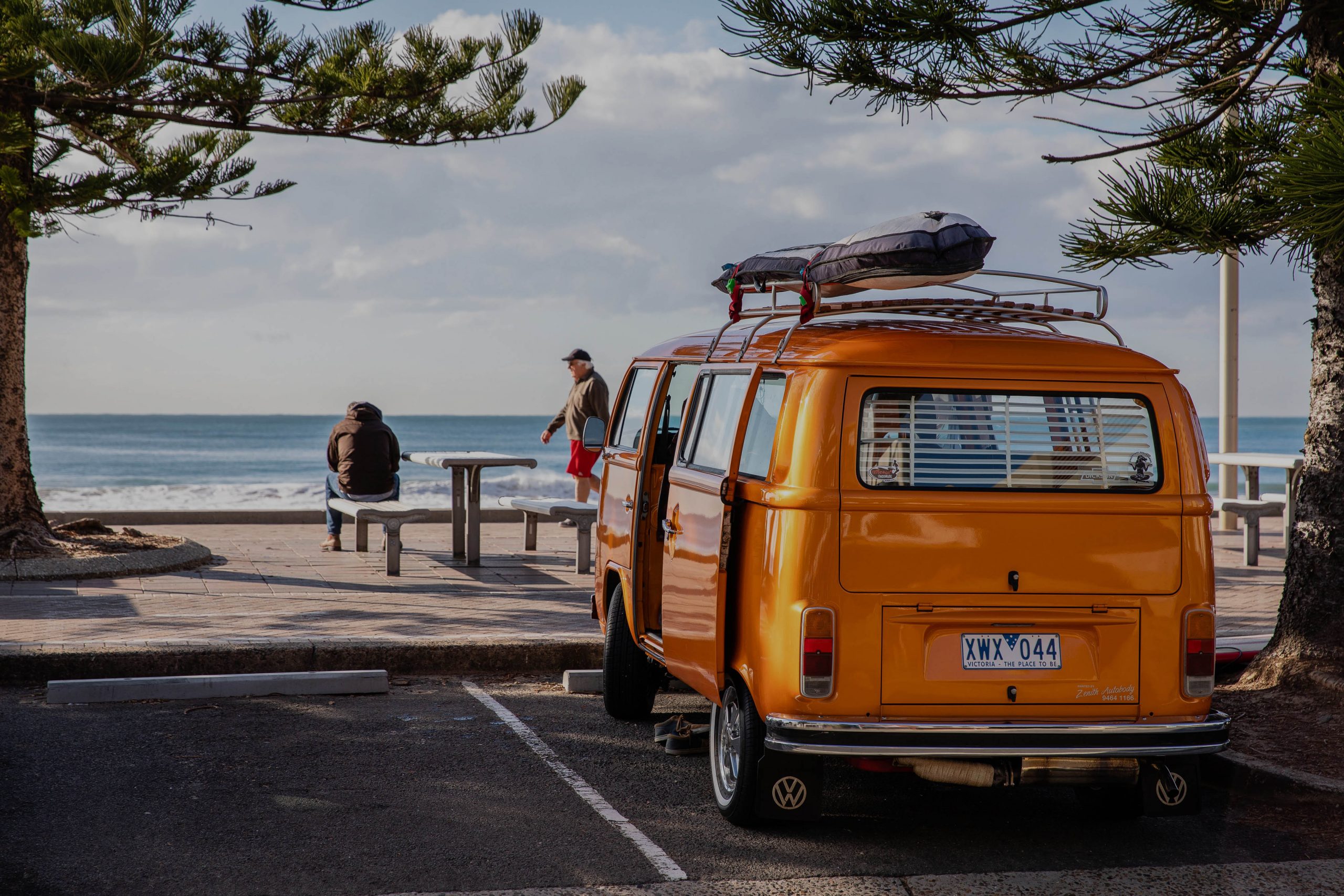 Europe offers a variety of attractions for visitors and locals. Each view is jaw-dropping, memorable, and timeless. It doesn’t matter what mode of transportation you use; you’re bound to be awed by the beauty of your surroundings. As a traveler, you’re welcomed with open arms. You’ll find that the best way to get to know the place you’re visiting is by interacting with locals. Take a leap of faith and expand your horizons in Europe.